How many street corners are there on the island of Manhattan?

With the recent run of good weather in New York I've been out with the camera taking care of the final clean-up of NEW YORK IN PLAIN SIGHT: The Manhattan Street Corners, that is to say, photographing the corners that I somehow missed during the main effort four years ago, as well as some where for security reasons I was prevented from taking the pictures but now, for whatever reason, am allowed to (or at least not prevented).

I hope to be done — done done done! — by the end of May, and this prospect promises at least a crude sort of answer to a question that has plagued me ever since I began this project, namely: how many street corners are there on the island of Manhattan?

When I began planning New York in Plain Sight now more than four years ago (!) naturally one of the first things I wanted to know was how many street corners there were on the island of Manhattan — a good thing to know if you're planning to photograph them all.

Naturally I assumed that this was a simple question, to be settled with at most a few tries with a search engine. I was wrong. Then I asked a friend who had spent his whole career in the New York City Planning Department — did he know? how I would I find out? who should I call?

He said that he didn't know the answer, didn't know how I might find out, and doubted that anybody else in city government knew either. I might learn how many traffic signals there are on the island . . . (I did find out, but I've forgotten).

So I thought, well, I'll just count them, or at least count enough of them to be able to estimate the total, which for my purpose at the time (determining whether the project was feasible), would be good enough.

I bought the big maps (scaled to 600 feet per inch) from the city planning department and set to work, but was soon enough daunted by the complexity — even in the Manhattan "grid" it's not as straightforward as you might think, owing to the number of "off-grid" intersections. So I guestimated, wildly, as it turned out, that the number was around 17,000 — difficult, but feasible.

Sometime in early July, 2006, with about 6,000 corners photographed and a sense of overwhelming fatigue setting in, I wanted to know more precisely how many were left — as if knowing that would somehow make it easier to keep going.

I learned from a report on the condition of Manhattan's streets that there are 3,360 intersections in the borough. Rounding down to 3,000 to roughly eliminate the off-island corners as well as the park roads, etc., and multiplying by 4 (which I knew would somewhat overestimate the total, as there are a good many three and even two-cornered intersections), I was pleased to discover the number was roughly 12,000, and not, as I'd first guestimated, 17,000, so that in fact I was half done instead of just a third or so of the way through.

12,000, it turns out, was not a bad estimate — certainly a lot better than 17,000! — but subsequently I realized that there was no precise answer to the question at all, that it depended on what you mean by "street" and what you mean by "corner" — and even then, judgment would be required, since some corners are only just barely "corners" — and where do you draw the line?

Since I was — and am — interested in street corners not as abstractions but as "live" sites where people's paths cross, I decided to exclude streets that are permanently closed to traffic, staircase streets, park roads, on/off ramps, medians, and traffic islands, and to more or less just wing it with the ambiguous cases, generally opting to be inclusive. And then I could always violate these strictures whenever it seemed worthwhile to do so. (I was, and am, more concerned not to exclude "real" corners than I am about including "questionable" corners.)

>By "real" corner what I mean, basically, is a corner formed at the intersection of two sidewalked streets that are generally open to every kind of vehicular traffic and that includes a lot large enough for at least one building (whether or not there is, at any given moment, actually a building on that lot).

Put differently, I'm mainly interested in the interplay of people, street (vehicular) traffic, and architecture, and so have arranged my inclusion criteria so that I get at least all of the corners where this interplay exists, or can exist.

My current answer to the question, "how many street corners are there on the island of Manhattan" is 11,485 — though I'm sure this number will be adjusted a little when I finish (soon, if this weather holds) taking care of the errors and omissions from the original shoots (mostly in 2006).

The crude answer, though, and the most reliable, will side-step the question altogether, and just be the number of photographs in the set — I'll post that number when I have it! 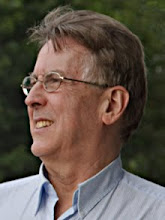